This past week, we were asked to create anything around the theme of "Winter". And this week is a voting challenge, where the winner gets bragging rights and a nifty badge to display on their blog and some actual physical prizes.


If you are so inclined, you can go vote here. And be fair, and vote for the entry you think best represents the theme of "Winter". Of course, I hope you think it's my submission :-D

I made this with paper, an exacto knife, glue and glitter. All the cutting work was free-hand with no sketching the lines out first.

Of course, days later, I'm still finding glitter on the cats.
Posted by @wendydesigns at 1:04 PM No comments:

The Point of the Matter

I think that's what I'm calling my latest finished quilt - it's a challenge quilt for the Harvest Quilters of NJ guild challenge, and will be shown at their show next month. My quilting is getting better, and I'm proud of it. There is still room for improvement - probably if I mark my quilts first and then quilt them... Anyway, here are spme photos - Enjoy! 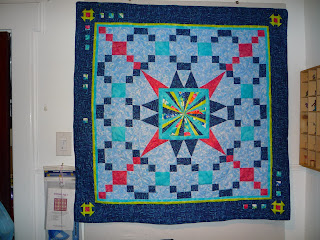 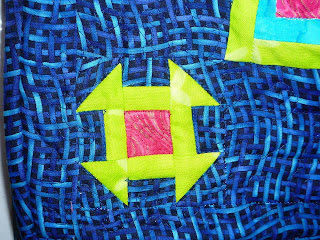 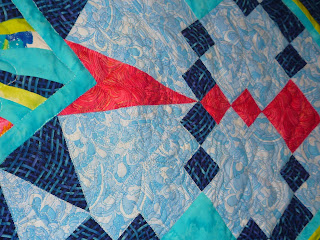 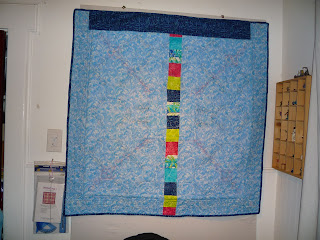 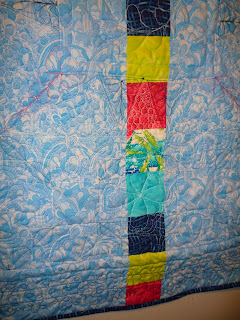 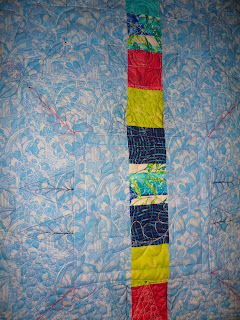 After show season, I will likely offer this pattern for sale, if anyone else is insane enough to do a quilt where 32 pieces come together in one spot!
Posted by @wendydesigns at 11:09 PM No comments:

The Harvest Quilters, the local guild to which I belong, was contacted last week about a fabric stash. A woman in a nearby town was being moved into assisted living and her descendants had the unenviable task of getting her house ready for sale - which means cleaning out a lifetime of collected items. Long story short, I loaded up my car with 8 or 9 very heavy garbage bags full of fabric and  took it home to sort through, to separate the cottons from the polyesters.

The reason I am blogging about it is because in among the yards of salmon-colored doubleknit (what is it with salmon "pants suits" - I've seen this color fabric in many stashes at estate sales and such) were these two finished quilt tops (I laid them out on my bed in order to take these crappy photos of them) (click to embiggen): 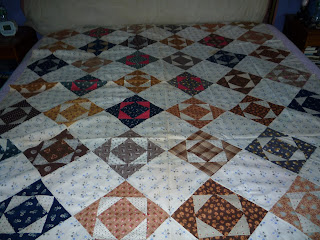 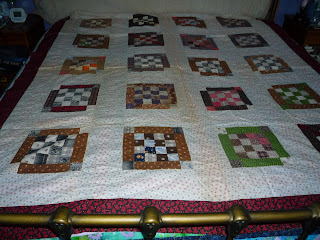 If anyone can tell me how old you think these are, I would appreciate it. I am terrible at knowing the era of various fabrics. The blocks themselves were pieced by both hand and machine, and then the blocks were assembled by machine. 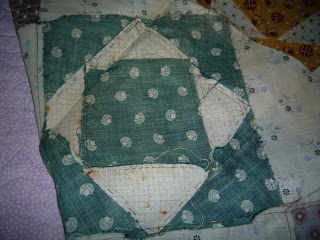 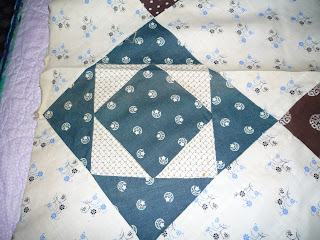 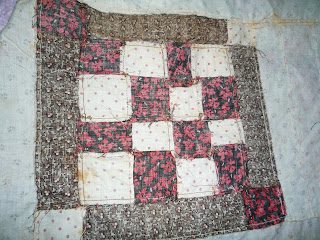 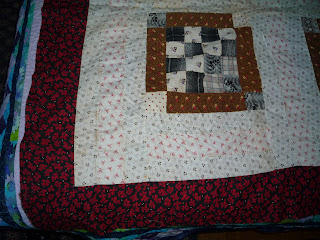 I'm not sure how the guild is going to find homes for these tops - we may raffle them off at our show in March. I know I'm not going to keep them, because I don't know how to restore the fabric (it's very stiff, most likely from starch, and has some stains on it - I know I'd be terrified putting these in the washing machine)

The rest of the donation consisted of a lot of solid fabrics, and probably 60% polyesters of various weights and ages. There were also a lot of those holiday project panels: stuffed santas, tree skirts, holiday motifs to fussy cut and appliquee, and lots of small floral prints.

The funniest thing for me was finding another panel with parrots and cockatiels that I purchased at a neighbor's house sale (when they were downsizing to move into senior housing). I thought this was a one of a kind thing, but obviously, Marian R shopped at the same stores as my former neighbor did.

I'm hoping to finish another quilt later today, so I may put up two postings today.
Posted by @wendydesigns at 8:59 AM 1 comment:

The Iron Craft challenge this week is to create a Valentine's Day card. 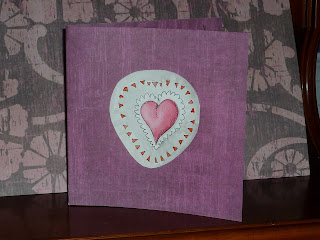 I made mine for my daughter, who was having a really tough day today, so I gave it to here a bit early, like as soon as the glue had dried.

I started with an idea to do some pen and watercolor motifs. First the India ink pen 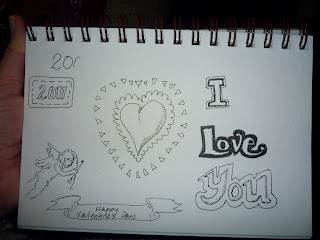 Then, the watercolor. I love using a thin black wash to add depth and texture to an image. I also love playing with shading and gradations using watercolors. 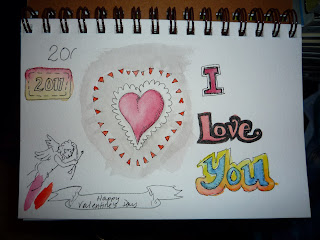 Next, cut out all the pieces that will be glued into the card 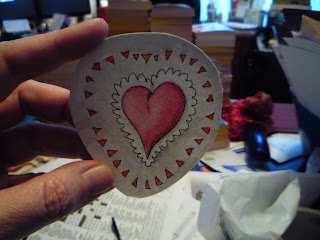 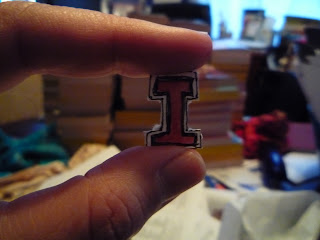 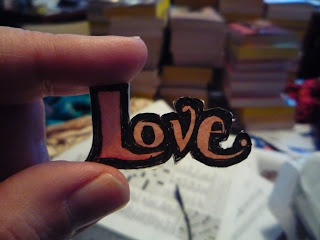 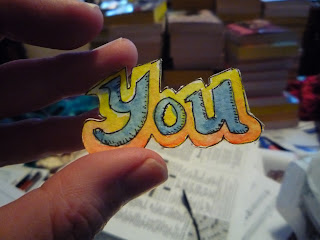 I got to break out my small Exacto knife set for the first time in a very long time. Broke a point off one of the blades, as well, because I had to put a lot of pressure on the knife to cut through the 140lb watercolor paper. I'm not sure I'll be doing more of that anytime soon!


The card uses some fancy double-sided heavyweight scrapbooking paper that I picked up at Costco a year or 2 ago (you gotta jump on these things when they get them in and you see them, because there's no telling how long they will carry a particular product). I thought about attempting a pop-up card, but it was going to take more engineering and experimentation than I had time for today, so I opted for some fold-back "windows" instead. These were sketched with India ink pens, and are supposed to represent a window shade, a small door, a cabinet door and a claw-foot bureau. 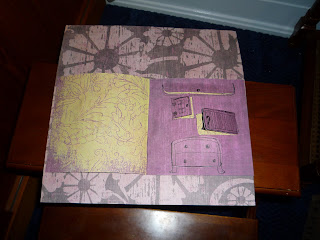 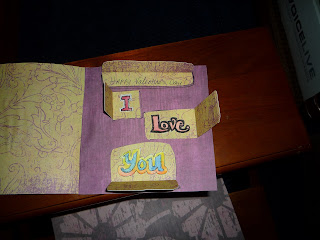 Of course, I "signed" the back with my "Wendycards" imprimatur (a brand name I've been using for the cards I make for family and friends for about 30 years now), and a little "license plate" with the year on it. 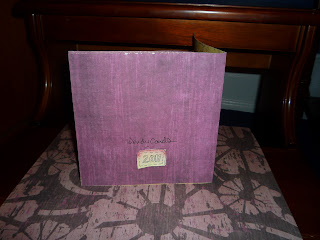 I think this actually cheered my daughter up this evening!
Posted by @wendydesigns at 9:01 PM No comments: